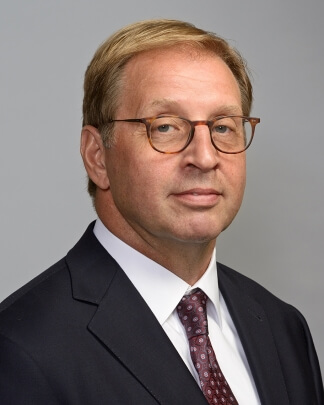 Mr. Schmitt graduated with a Bachelor of Science degree in business administration and economics from Illinois College in 1981. He received his law degree from the University of Missouri-Kansas City in 1989. He is a member of the Missouri Bar (1990) and the Kansas Bar (1989).

Since graduation Mr. Schmitt has been first chair in excess of 100 jury trials in both state and federal courts. Appellate experience includes argument before the Missouri Supreme Court, Kansas Supreme Court, Missouri Court of Appeals and the Kansas Court of Appeals. The cases tried to verdict range from ordinary traffic and premises liability matters to complex product liability, construction defect and insurance disputes.

For the first several years of his legal career Mr. Schmitt worked at and founded law firms that catered to businesses and insurance companies. During that period of time Mr. Schmitt was approached by individuals who had been injured in motorcycle and other traffic accidents and others who had claims denied by insurance companies. Mr. Schmitt found that representing people was more rewarding personally and professionally and he now devotes 100 percent of his practice to those persons who have been injured in traffic accident, through medical malpractice, by a defective product or have had claims wrongfully denied by an insurance company.

Mr. Schmitt is listed as a “Top 100” trial lawyer by the National Trial Lawyers Association (NTLA). He is a member of the executive committee for the “Insurance Bad Faith” section of the NTLA.

In 2002, Mr. Schmitt received the Robert C. Welch Award from the Kansas City Metropolitan Bar Association for exemplary commitment to the delivery of pro bono legal services to the local community.

Mr. Schmitt is a frequent speaker regarding issues related to trial advocacy. His writing has been published by the Missouri Bar regarding civil liability aspects of traffic accident involving intoxicated motorists. He is a member of the American Board of Trial Advocates.

Ben is an avid motorcycle rider who enjoys touring, road racing and motocross and has a special interest in motorcycle-related cases.

Tell Us About Your Unique Injury Claim

“Ben has handled a couple injury claims for me in the past 4 years. He will fight for you and earn your loyalty and gratitude because he gets results! He knows every trick the insurance companies will try to pull, he’s five steps ahead of them. Be patient, these matters take time, but in the end you win with him on your side.”

“Ben Schmitt service to his clients exceeded my expectation. He took extreme care to communicate with me effectively and listen with an emphatic ear. His ability to assess my situation, implement & execute the course of action gave way to my successful outcome. I strongly recommend Ben T. Schmitt not only as a great attorney but an ethical leader who cares about his clients.”

“Ben Schmitt is a great lawyer. His accomplishments in his career are outstanding. He helped us very successfully in our time of need. I highly recommend him as a lawyer and a fair and kind man.”

Call for a Free Consultation

Our Top Priority Is To Win The Full Compensation You Deserve